A new routine for guitar and music lovers… 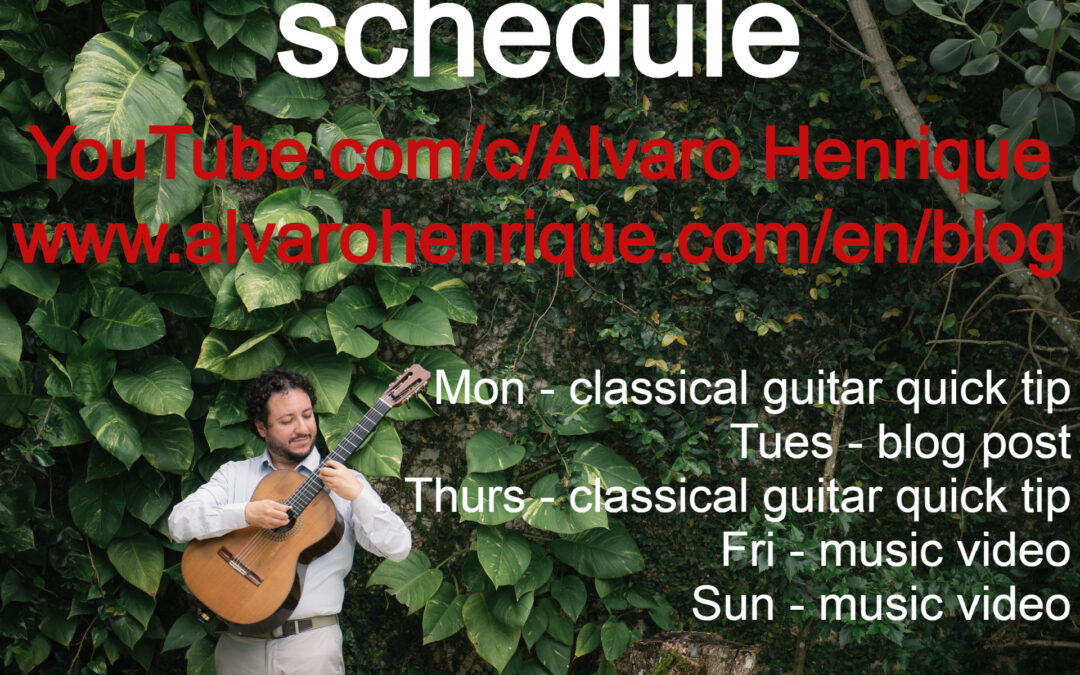 Finally I made it to have an online routine that works for me, and could allow me to share with you my ideas – also in English! Have you checked it at the top of the page? I believe you did.

On Mondays and Thursdays I will share with you some short videos with a guitar tip. If you have some doubt you would like to have a second opinion, or an advice, you can comment on the videos so I can produce a tip for your needs.

Yesterday’s tip was, in fact, an invitation – I am asking you to listen to music as a musician. By that I mean to hear a musical performance and absorve its content so it can energize, inspire, and enlighten you to play better.

In fact, I like to share what I know because I had the experience of devoting myself to practicing, but lacked guidance, advice, and information. Often it was done in purpose. To establishing oneself as “the leading classical guitar authority” very often I had to deal with petty people who would only share his knowledge through a series of subservience tests. And I could see the double danger of those tests: the first being that to pass those tests a musician should play with so much lack of self-expression, that the information had no use any longer – it wouldn’t make the music sound better, for how the music sounds became a small detail of this world so attached to which guitar string brand is the only one that the “authority” approves, which guitar type/ model/ maker is the only approved by the “authority”, which nail sandpaper is the only possible sandpaper used, on and on and on.

In addition, I’m also making material in English for you, music lover who just want to listen to good music. Recently I’ve recorded a home performance with information about each piece – and informance. I have focused in a very frequent musical characteristic, the Theme. But what is a musical theme? That’s what you will learn, hear and experience in the following video: