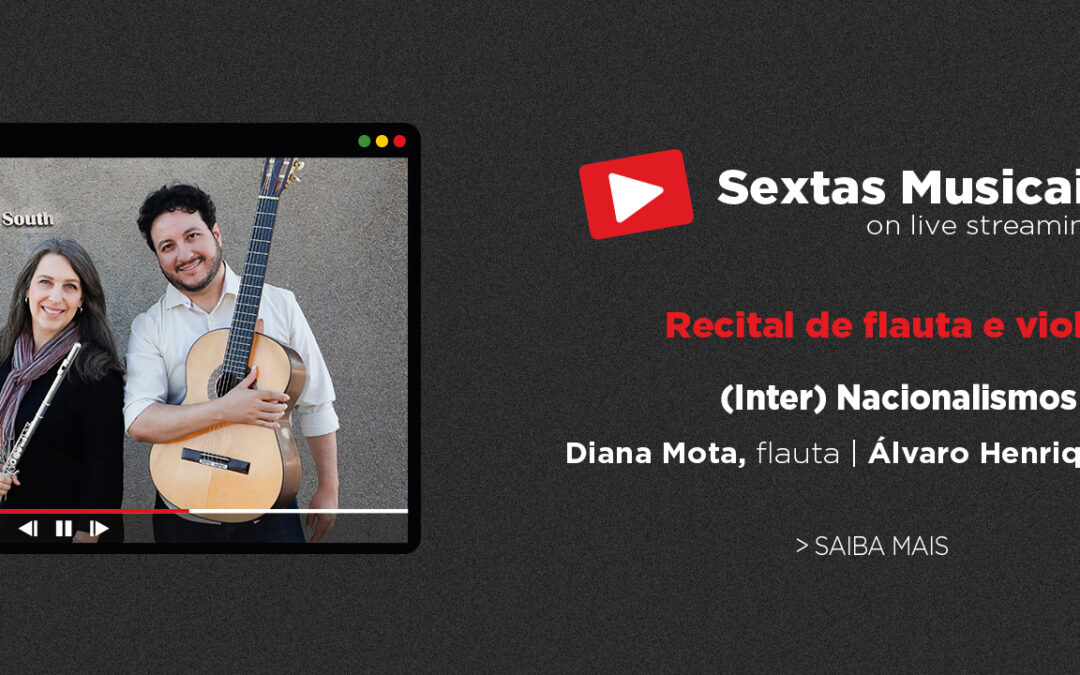 Duo Mota-Henrique is the synthesized forces of flutist/composer Diana Mota and guitarist Alvaro Henrique. Together, they explore and blend the best of classical and Brazilian popular music — offering audiences sophisticated intimate concert experiences without the formalities. With a repertoire that spans 4 centuries, the duo plays both original works and striking original arrangements.

A faculty member of the Music School of Brasilia, flutist Diana Mota is an award-winning popular festival performer. She’s accompanied Rosa Passos and Hamilton de Hollanda, among others. Ms. Mota has also created many of the Duo’s remarkable arrangements and distinctive repertoire.

Considered one of Villa-Lobos Magazine’s “favorite Brazilian guitarists,” Alvaro Henrique has toured 15 countries as a soloist and premiered 5 concertos with orchestras. In recital programs, Henrique regularly performs on multiple historic and contemporary guitars.

Together, the duo offers more than terrific repertoire. There’s the electricity of their shared energies and their lively commentary about the works — that go into making their performances so memorable.

This concert, organized by US-Brazil binational center Casa Thomas Jefferson in Brasilia, Brazil, will feature nationalistic music from Brazil, Spain and Argentina, in a quest for identity. Those composers were among the first to define its nation’s musical identity, and their search reflects our own search for our individual identity.