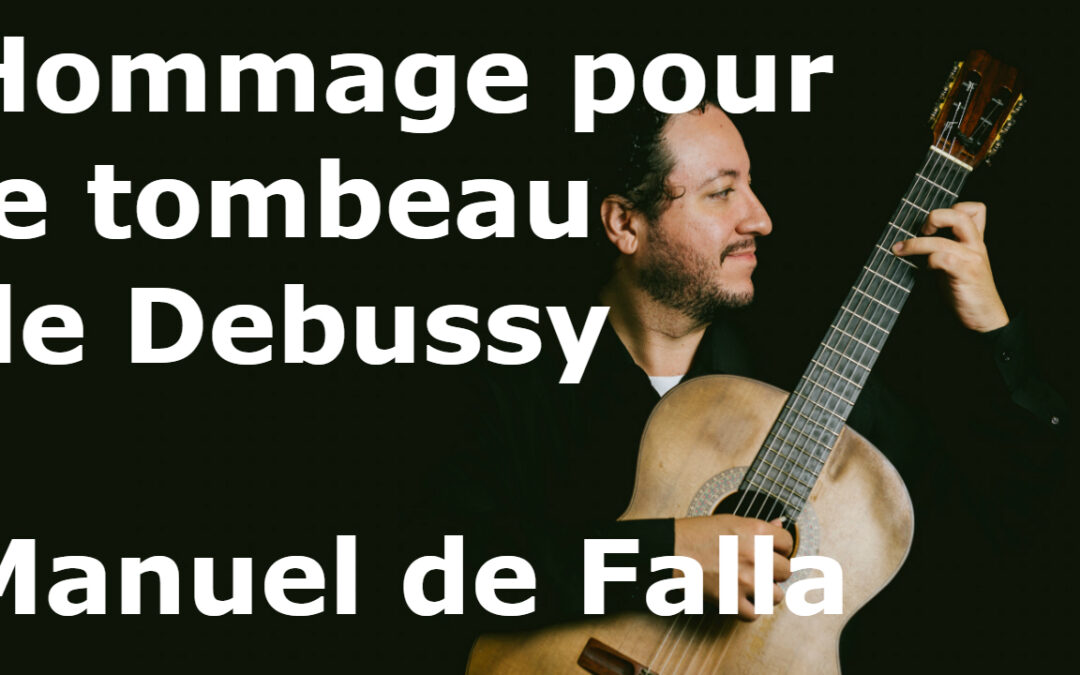 The genesis of Hommage pour le tombeau de Debussy is to be found in the death of Claude Debussy, when Henri Prunierers, editor of  the Parisian music journal “Le Revue Musicale”, asked numerous composers among them Stravinsky, Satie, Bartok and Falla to compose musical tributes in honor of the late composer. Falla was inspired from Debussy’s own music, in particular a piano piece called “La Soirée dans Grenade,” which is the second part of a three-movement work,Estampes, that Debussy wrote for solo piano. Curiously, Falla himself gave Debussy some ideas on Spanish Music that the French composer used in order to write a piece with Spanish character.

Both pieces use the rhythm of the Habanera, the same dance also present in George Bizet’s Carmen. This Spanish dance, with a typical dotted figure at the first beat of every measure, conveys strengh and boldness. By using this dance for a piece that says goodbye to a lost friend makes me think that Falla intended for it to represent the death of Debussy as an event to be mourned internally, keeping one’s outside posture strong and unshaken. The true bullfighter, the torero matador, mourns with the hand on the sword and ready for combat.

This piece was recorded on my first solo CD, “Violao Solo”, and after playing it on my father’s own funeral, in 2004, I took this piece out of my repertoire. On 2017 I had a concert in Campo Grande, Brazil, that turned out to be a few days after the tragical death of Mayara Amaral, a talented local classical guitarist brutally murdered by her boyfriend in one more case of feminicide. For that concert, in honour of Mayara, I playied that piece again. As I upload this video in youtube, Campinas, one of Brazil’s largest cities, recovers from a gunfight attack in its Cathedral.

In all three occasions, I felt Falla’s Hommage pour le tombeau de Debussy is a work that helps us remember and mourn all the loved ones we miss, but keeping the strengh to live on and enjoying every second we have doing our best to honour everyone who touched us by living every day at our best. May this piece represent the same for you.